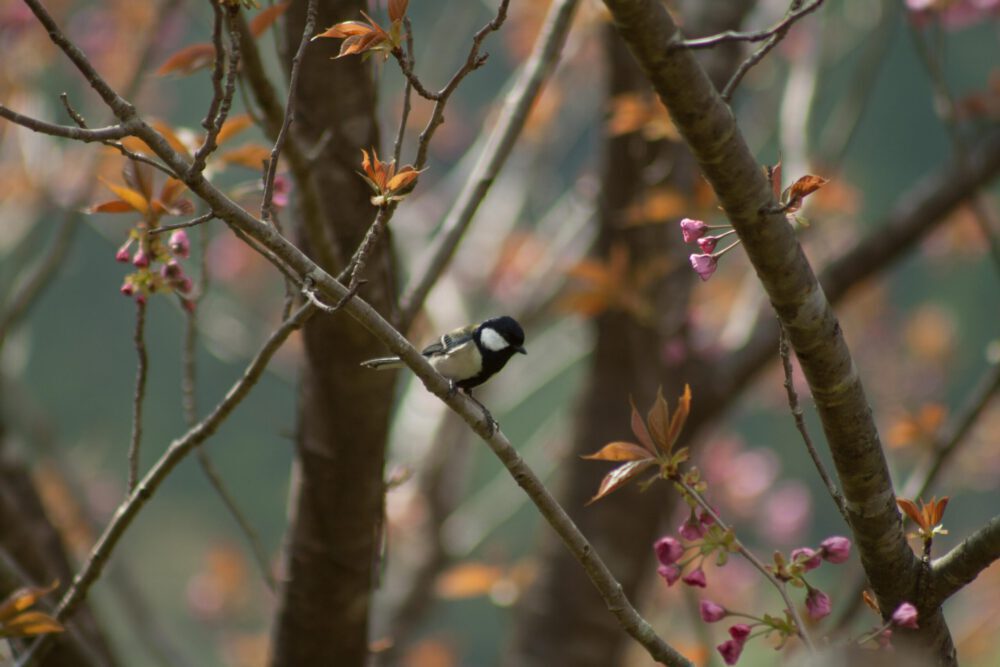 Tiny bird seen from the "bird watching spot" in the Nature center in the Shimanto area.

On our rest day before stage four we explored the Shimanto area. The first stop was the “Nature Center”. The staff was really surprised when we entered the building. Maybe at this time of the year you don’t see many people around here – especially not from Europe. But they were very friendly and offered us tea and cookies. The exhibition was very interesting, and you could learn a lot about the nature of Shikoku. In addition, we got the chance to do a bit of bird watching. Many different binoculars were provided. After that we went back to the camping ground not without passing by the stone windmill (described as sight-seeing highlight…) and relaxed at the Yusuhara river. The weather was quite nice, so that the Sapporo beers tasted extra delicious. In the evening we had dinner at the village nearby. It was a small Izakaya and they did not have an English menu. The locals tried their best to explain what is on the menu (cheese and chicken?). In the end we got really delicious food and that’s what counts.

On the way to Kōchi

The first kilometers of the tour we followed the Shimanto river. It led us through forests and beautiful landscapes. But somewhere in the Takaoka District we had to say “goodbye” to the beautiful river. We entered an area we could only describe as a bit of a wasteland. You could see for miles, but there was not much to see. However, it was a long ride and when we entered Kōchi the view was not much better. Maybe the bad weather contributed a lot to it, but the city seemed kind of ugly to us. There was a lot of industry and the buildings appeared all in different greys. Our plan was to camp in a local park near the Urado Bay. But there was not much around it and because of the bad weather we decided to sleep in a hotel. Our tired bodies welcomed the cozy bed very much.

This is not the exact path we took. We did not record this tour, so we tried to create the track file from our memory. Thus, this resulted in about 110 kilometers.