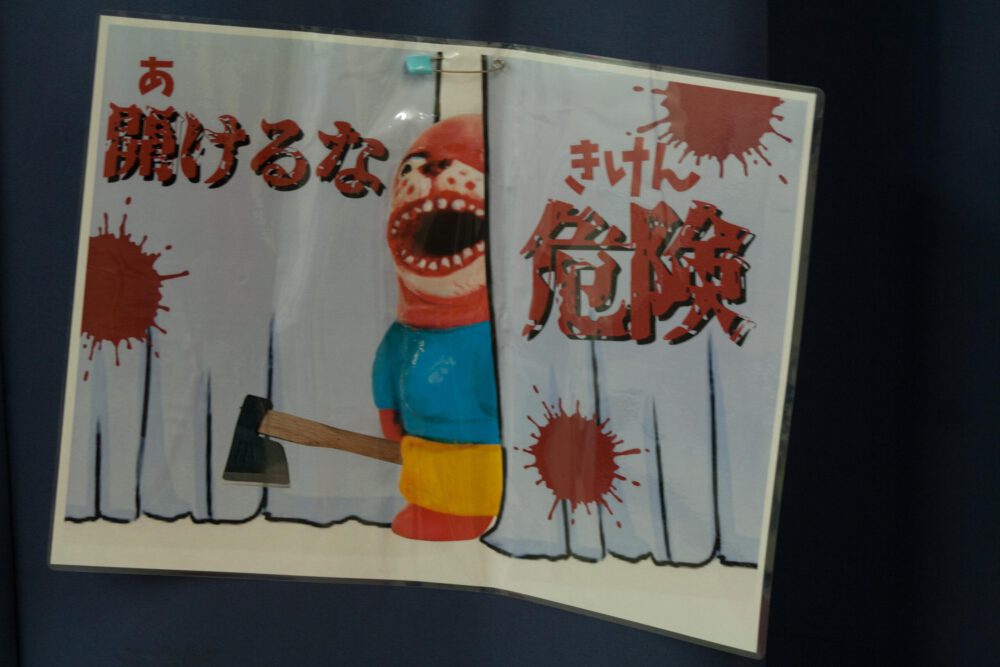 Creepy mascot of the aquarium.

We had a rainy rest day in Kōchi, so we decided to do some indoor activities. We went to the Kochi Prefectural Makino Botanical Garden. Of course not everything was indoor but there were a lot of opportunities to escape the rain. Also there was plenty of stuff to see and everything was really neat. We learned a lot about the flora of Shikoku and beyond. Another highlight was the museum portraiting the life of Tomitaro Makino, one of the important japanese botanists, who was born in the Kōchi prefecture. Afterwards we went to the Aquarium Katsurahama. The weather was really bad, so maybe our mood was not the best, but we felt as if this was one of the most depressing places we ever saw. It started with a super weird mascot and that the animals did not look very happy in their compounds. But in the end we are not experts of how to deal with dolphins, penguins and co. So we took a walk around, made some pictures and left in the hope that the caretakers know what they are doing.

To the heart of Shikoku

We planned to end this stage at the Iya Valley, as we read about it being a really nice place to enjoy the nature. There were not many campsites in the area (at least not listed online). And the problem was that most of the webpages and reservation processes are japanese only. But thanks to the staff at our hotel in Kōchi we managed to book a cabin at “Iya Valley Camp Village”. But first we had to get there. In and around Kōchi we could follow the main roads. So there was always enough space to cycle on the road, but of course it was also very noisy. The further we got away from Kōchi, the more difficult the route became. Fore sure, in the middle of Shikoku we had to climb some mountains. Although we followed the main roads, there were steep climbs. Along our route not many villages existed and the mountains were mostly covered by trees. Thus, you can imagine, it was a peaceful area and one could enjoy the great nature. But on the other site it was a problem to buy some food during the tour in the middle of nowhere.

So when we arrived at the Camp Village we almost run out of food. But as it was getting late we had to check-in first. Also here the staff was very friendly and provided us some extra blankets for the night. Actually they tought we were really crazy to be there during early spring time (after the first night we knew why 😉). After we put our stuff into the cabin we searched for a supermarket or convenience store still opened. We almost gave up, but after the last curve before we wanted to abort our search, a store appeared. We bought as much as we could carry, and returned to the camp. Surprisingly, another couple (american/japanese) checked-in so we were at least four persons at the camp. On a bonfire we shared some food and drinks till it got too cold to stay outside. We already suspected that a very cold night awaited us.