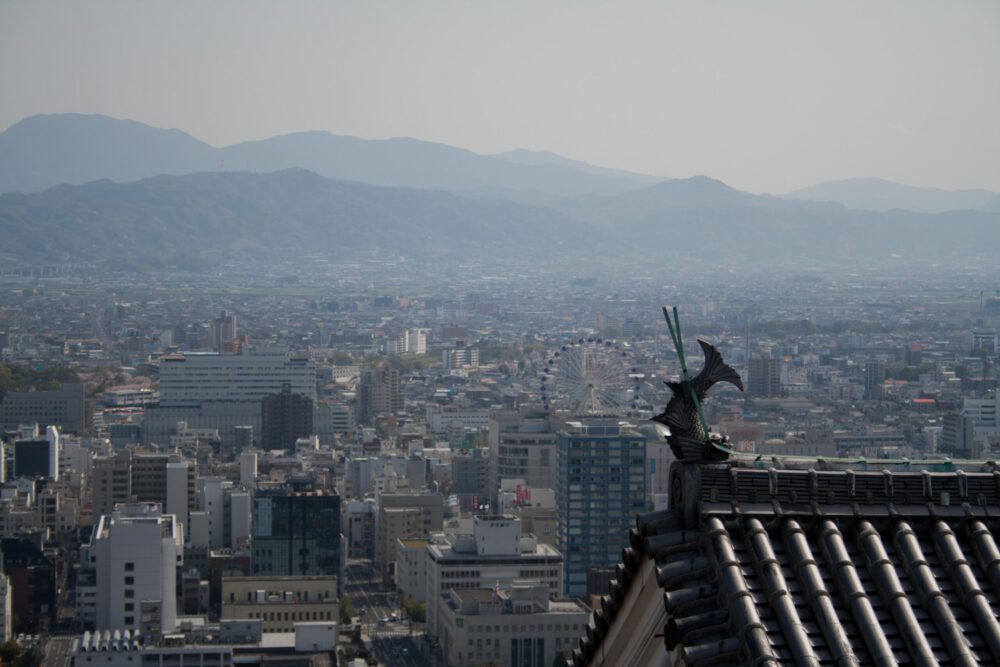 The day before this tour was a rest day. So of course we had to explore Matsuyama. So we left almost all our stuff on the mountain where we camped and took the bikes to go down to the city. On our way we had a delicious breakfast in a Yoshinoya. This is a typical japanese fast food restaurant. Afterwards we headed directly to Dōgo Onsen to enjoy the hot springs, which was prefect to regain energy. The rest of the day we walked around Matsuyama and visited the castle and the city park. We had a great day, perfect weather and enjoyed the city. And of course, we bought some food this time, for a better dinner on our lonely camping place at Ehime camping ground.

We knew we had to face some mountains during the tour, so we tried to start early. Our destination was the westcoast of Shikoku, close to where we started. At first we tried “bicycle navigation” but this led us often to dead ends. The problem is that almost no bicycle maps of japan exist. So after some kilometers we were back on the main roads. In Ozu we had lunch in an italian style restaurant. The food was good, and the staff was really nice and let us charge our phones. After passing Kami-Uwa only big forests and some mountains were between us and our goal. We needed some breaks during the climbing. But at least we could use them to enjoy the beautiful view.

We arrived really late at the camping ground Akehama Seaside Sunpark at Akehamacho Takayama. The staff was already leaving the office at that moment. After a few communication problems he understood that we wanted to camp there. So we could stay and had this wonderful view on the sea. In addition, the nearby museum had some fancy celebration going on which we understood as our welcome greeting 😉.