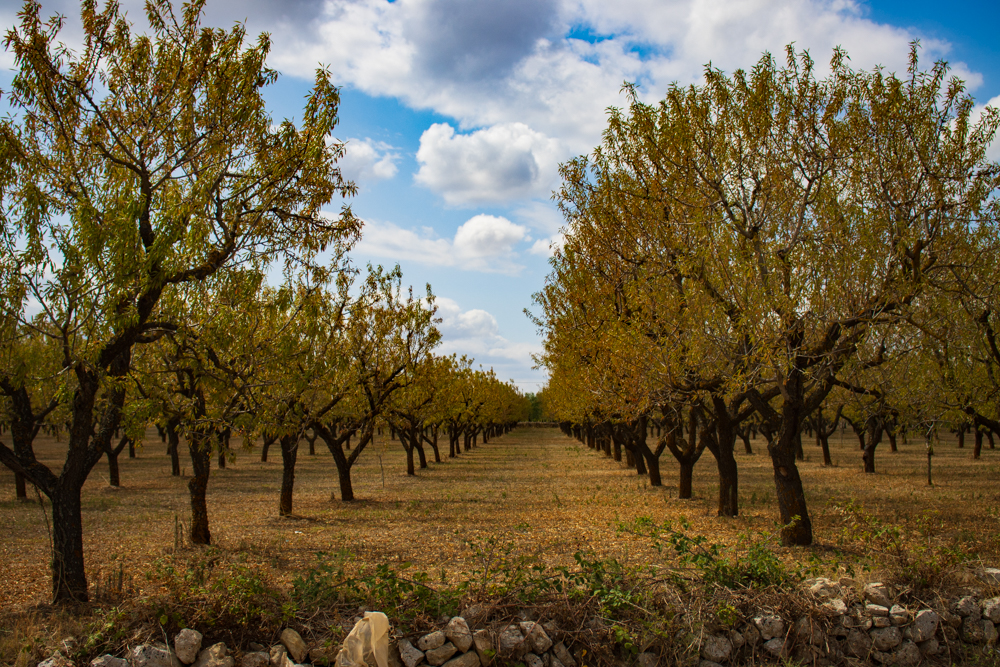 On our last day in Dubrovnik we basically just waited for the ferry to Bari. We could stay in the apartment a bit longer but the next guests where coming on that day. Good for us that we could leave the bicycles there and pick them up later. We walked into the harbor and sat into a cafe for some drinks when a strong thunderstorm approached. After the rain we went again to the vegan restaurant form the day before and ate some nice early dinner. Then we went to the ferry counter to get our tickets, and picked up the bicycles afterwards.

We went back to the harbor and waited at the peer for boarding. It took longer then it was written on the web page and we could go to the ferry around 30 minutes before the start of the cruise. We had a quick late in our cabin and went to bed afterwards, or at least we tried… Around three during the night we woke up by strong swaying of the ship. Our stomachs were turning and we didn’t feel that well. Till the arrival we could not sleep much, also the uncomfortable beds did not make anything better. Because of the little nausea Alina skipped the breakfast and we went to our bicycles and were waiting for the signal to leave the ship and cycle through Bari.

Before we could start the stage another couple which were on a bike packing trip picked up their bicycles next to us. After a short friendly chat about our experiences on the trips we could finally start. Our plan was to follow a local route inland (Ciclovia dei Borbone – BI10) and turn in Napoli on Eurovelo 7. Of course it would take some stages to Napoli. But first we had to cycle through Bari and it was a nice city. On this Sunday morning there was almost no traffic, so cycling in the city was pleasant. It was already warm in the morning around 9 but it was fine for cycling. It didn’t take that long and we left the city behind.

Leaving Bari – seeing the good and the ugly Italy

Just a few kilometers from the city the area got more remote and there were not much houses or buildings around. But the amount of trash lying next to the street was astonishing. It was not like there were big piles here and there (as we saw in Croatia), no it looked liked that it was well planned to fill the entire area uniformly with trash (plastic, glass, fridges, shoes, toilets, clothes…). But on the good side the streets were well prepared and there was not much traffic going on. Also the drivers respect the cyclists and give them space.

During the next kilometers we crossed some cities. The cities were mostly clean and had a lot of flare and charm. Especially in Bitonto our path led us through tiny alleys of the old town where the old houses were built next to each other without any space in between. This gives you the truly Italian Mediterranean atmosphere. It was just wonderful. Between the villages and towns in this area we saw a lot of olive groves. This was nice to see but also here we saw a lot of trash next to the street.

Finishing at a remote area

When we came to the city Ruvo di Puglia we took the first chance for lunch in a restaurant. We were the only guests but the owner was really nice and Alina could make a good impression with here Italian skills. This time we decided for a non vegan alternative and had some fish, which was also really good. We checked our options for the night and because we did not have much sleep we booked an apartment which was not that far from our location.

The last kilometers we cycled in a remote area where not many buildings were located, but a lot of olive groves. We also came closer to the nature reserve “Parco Naturale Selva Reale – Azienda Agrituristica“. We were surprised when we learned that some bicycle paths were created in this area. Finally, we arrived at our apartment which was five kilometer outside the city Corato surrounded by – surprise – olive groves 😁. It was a nice and peaceful area. The host showed us everything and afterwards we couldn’t wait for a shower. In the evening we just relaxed and were happy to catch some more sleep than the night before.