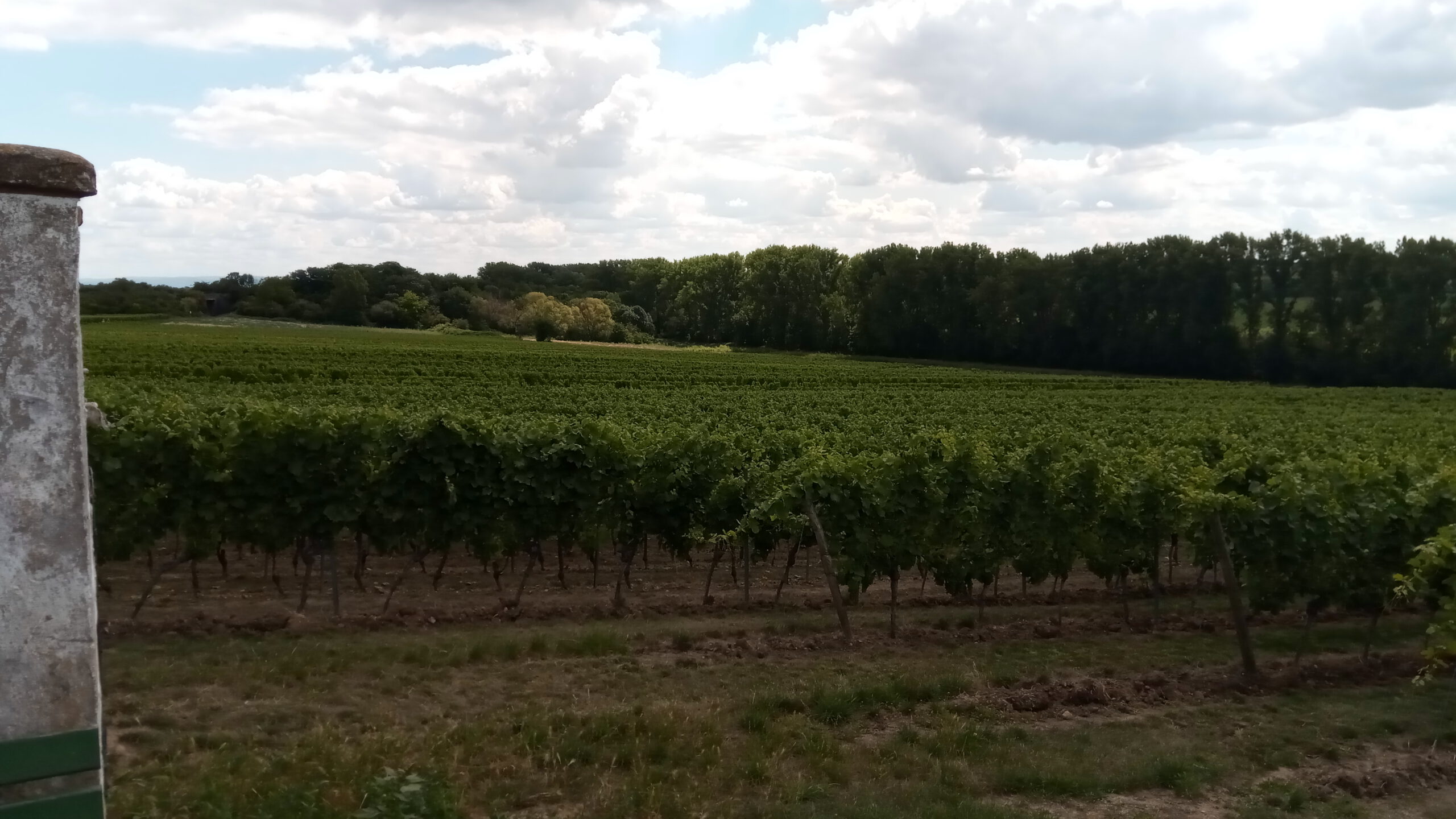 Vineyards at the Pfalz.

Because we got our new tent, we desperately wanted to test it. So we decided to make an overnighter. Our goal was a camping place called Donnersberg near Gerbach. The first kilometers were very easy because it was almost flat till we got to Worms. After crossing the Rhine we got the first climbing sections, but it was not too bad. We mostly followed the small river Pfrimm. A few kilometers before Kirchheimbolanden the climbing began. We arrived at the north Pfalz. It was really tough. But we also had some beautiful views over the landscape of the Pfalz. A lot of vineyards were along the way. Shortly before the end of the stage we had to pass the Donnersberg which was really challenging. Then we drove a few kilometers downhill to finally arrive at the campsite.

A new tent and our way back

After check-in we built up our new tent. We were a little bit confused at the beginning, but finally managed it. We loved the size of the tent and could hardly wait for the first night. But for the moment we relaxed at the camping ground. We enjoyed the little pool (despite it being really freezing cold) and had some nice dinner in the restaurant.

After a good and restful night we did a quick breakfast and took down the tent. So we knew, the start would be rough because we first had to climb up again the Donnersberg. Not the best way to start your day. But after we passed the mountain it was an easy ride home. We took a little different path after Kirchheimbolanden, but ended up following the little river Pfrimm again. The rest of the stage was the same as the day before just faster. So we hit home pretty early and could relax the rest of the evening.