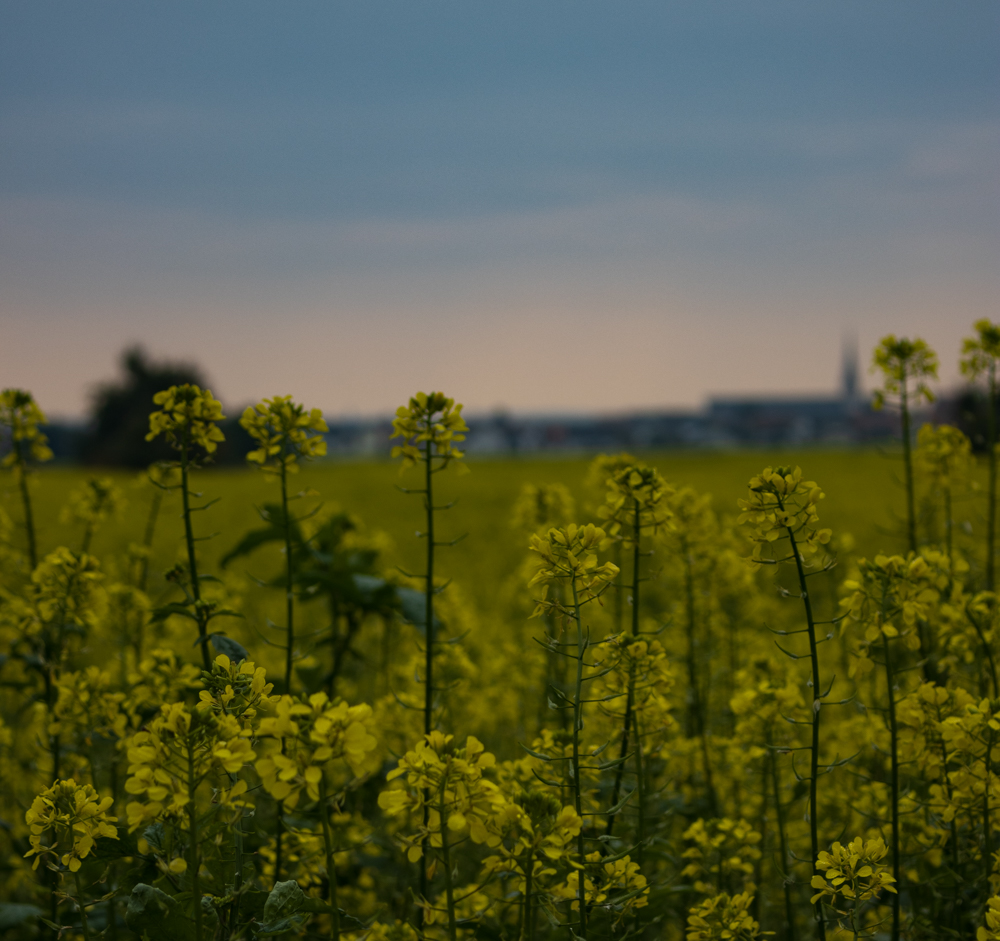 When we woke up this morning in our apartment in Knielingen we knew that this might be the last stage of our wonderful tour through Europe. But as usual we started with breakfast and when we looked outside the window of our apartment the world waiting for us was gray in gray. The sky was covered by thick clouds and around everywhere was mist. It was like one of these typical gray wet and cold autumn days in Germany. However, we made our bicycles ready and started the stage.

Knielingen belongs to Karlsruhe which is one of the major cities in South Germany. But in this urban area cycling was okay even when there wasn’t a bicycle lane everywhere. We weren’t far from home but in this area we didn’t know many cycling paths so, we still used our navigation to get to Schwetzingen which was 50 km away. But from there we should know the best way to cycle home. The weather remembered us on our very first stage when we started from Skanör/Sweden where it was also cloudy and cold and we had to wear almost the same clothes.

Forest and mist – Welcome to the Bergstraße

After we passed some villages we entered a forest for a few kilometers. The area was very flat so we made good progress and it was relaxed cycling. Forest area and small towns alternated and due to the bad weather we couldn’t see far, so we can’t really tell if there was anything to see in this area. And then we passed the place-name sign of St. Leon Rot and there was written that it already belongs to the district “Rhein-Neckar-Kreis”. Our home Hemsbach belongs to the same district (Kreis). Even though it was more then 50 kilometers to cycle home, we became the feeling that we were almost there and our journey will end very soon. Really a strange feeling.

A few kilometers later we stopped at a local snack bar for lunch. They even had a vegan burger and it tasted really good. Freshly strengthened we continued our stage. We cycled through another town and after a long ride through a forest we came to Schwetzingen. From there on we followed the sign to Ladenburg which was sometimes the goal of one of our afternoon tours. We cycled through a lot of farmland till we came to Edingen where we could follow the river Neckar.

End of the last stage – We are coming home

Along the river we found a nice spot for one final break. We took some photos and ate some snacks before we continued the stage. Just some minutes later we took our final ferry from Neckarhausen to Ladenburg. We cycled through the nice old town of Ladenburg which always is worth a visit and turned on cycle paths which were very familiar to us. On the right side we could barley recognize the mountains of the Odenwald through the mist.

We passed Weinheim where we stopped for buying us a homecoming beer. Afterwards we had to take one final detour because of road construction and then we entered Hemsbach. We wanted to take a picture on the place-name sign but we entered on a minor road and totally forgot the there was none. So we took a picture in front of a cycle path sign and a few meters later in front of the city hall where we also drunk our beer. Shortly after passing the train station we were finally home. It was quite a strange feeling but we were happy that we completed our tour. Than we threw our bicycles in the garbage container and decided to never cycle again – just kidding, we can’t wait for the next tour 😜.