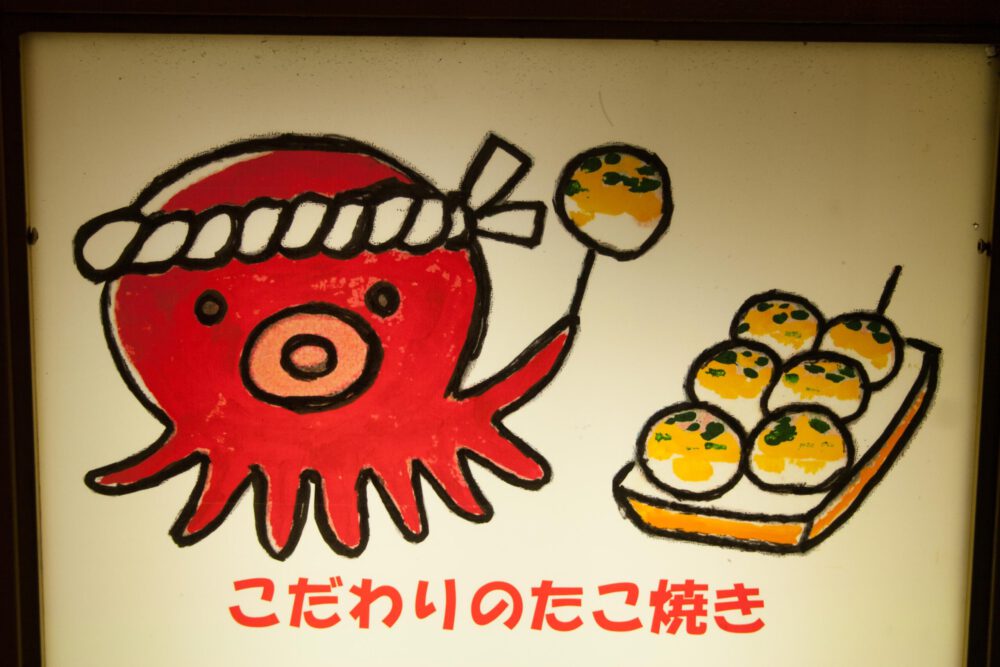 From Takamatsu we took a ferry to Kōbe. Also on this cruise we could greet one of these weird Japanese mascots. We let you interpret it in the gallery below. However, when we arrived at the port of Kōbe our plan was to cycle to a campsite just a few kilometers outside the city. We used the gpx track which we created before our tour, but it led us over steep climbs and stairs. We almost crossed private gardens… Parts of Kōbe city are on mountains. So we fought some really steep parts and our mood got really bad. Additionally, we knew that we would have to battle this route again and again when we want to go to the city. So we decided to abort the stage, and did what we wanted to do the whole tour: urban camping. Therefore we searched for a nice and lonely place at the beach and found the Suma Seaside park. We waited till afternoon to build up our tent behind some bushes. Afterwards we went into the city, visited an Onsen, and ate really nice Sushi.

Our last stage was a short trip from Kōbe to Osaka. In fact the complete tour was through urban areas. So it was not so nice for bicycling. First, we followed the main road in the direction of Osaka, but there was not always a bike lane so you had to switch to the main road and back. Later we followed some train lines because the parallel streets were mostly smaller. It got nice when we could follow some rivers, as there were mostly bike paths.

So our tour came to end in Osaka. We had a little vacation home there for the some nights. Sadly, Alex got a toothache during the last days of the tour, so we had to visit a dentist on the next morning (english speaking for sure!). After a good but a little painful treatment we could enjoy the rest of the day and visited a Sakura festival. There were a lot of delicious food stands, good for Alex he could overcome his toothache. With a beautiful night view of illuminated Sakura our tour ended here. Indeed a really nice ending.

This is not the exact path we took. We did not record this tour, so we tried to create the track file from our memory. Thus, this resulted in about 45 kilometers.