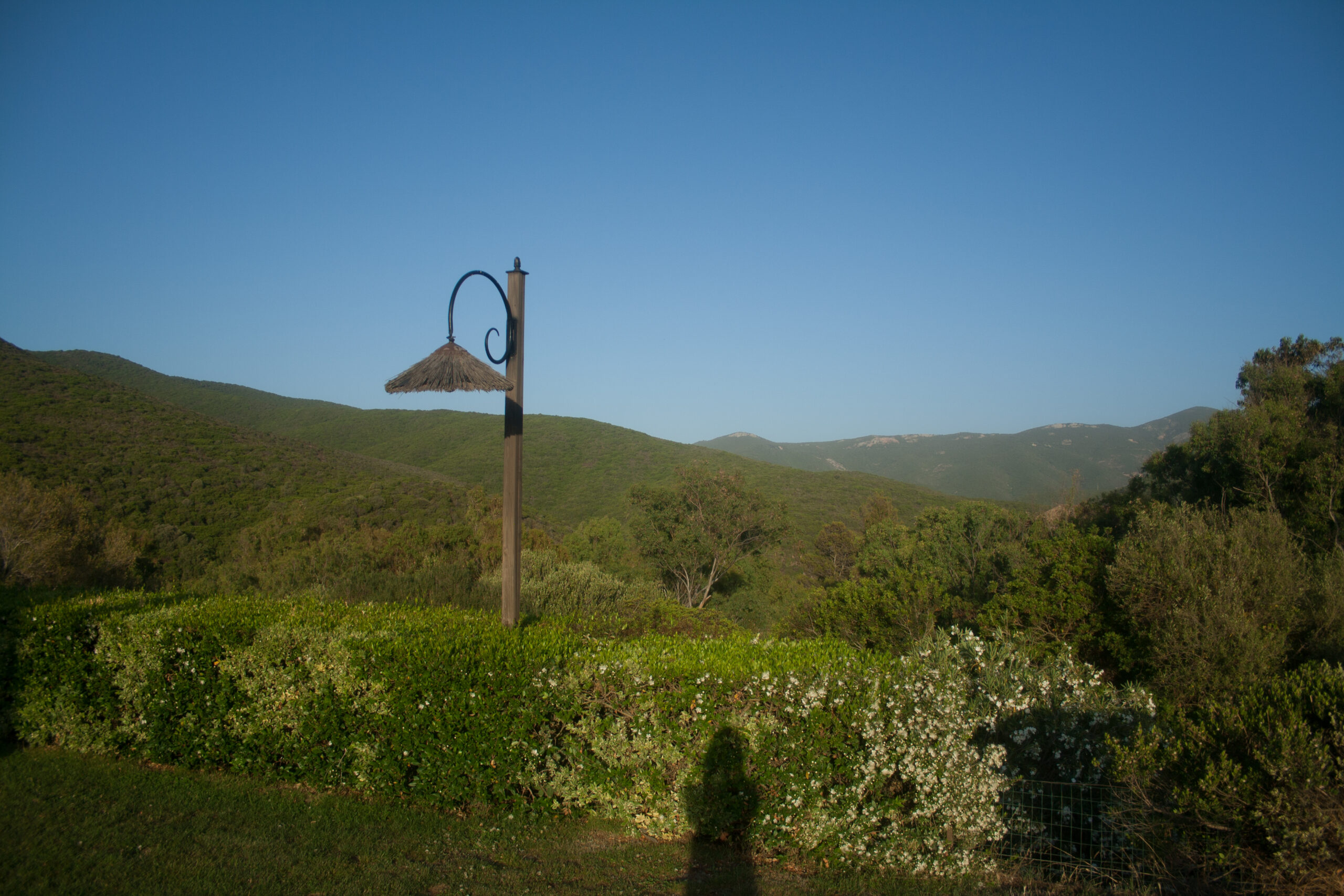 View over the green mountains at the costa verde. Now you know the cause for the name ;)

For our tour to the Costa Verde we started again quite early in the morning. First, it was an up and down in the direction of Oristano. We got forward really fast passing smaller and bigger villages. The traffic was okay and by lunch time we were in front of Guspini and had already made the major part of the tour with regard to total kilometers.

However, lunch time means heat of the midday and while cycling the long straight (and boring) road to Guspini we were struggling with the heat. It was clear, that we had to stay somewhere indoors for the next hours. So we decided to go to a restaurant.

Lunch stop in Guspini – the Costa Verde ahead

We ended up in Carlito’S Snack Bar Osteria Pizzeria in Guspini. Here we stayed for the next few hours and overdid it a bit with the food. The hunger was big and we ordered a lot of stuff at once. Thus, we were eating two hours or so. Afterwards we were ready to fall asleep and really thinking about pros and cons of continuing the tour on that day. But after a strong coffee our spirits were awaken again and we headed over to the next supermarket to be prepared for the horror mountain final waiting for us.

Through the wilderness of the Costa Verde

The steep climb started directly at the end of the city and led us up to the small village Arbus. The road was narrow and formed in serpentines. Thus, it was a bit dangerous with lots of trucks also struggling with the steepness of the mountain. Afterwards we had some more kilometers on the SS126 until we got to a crossing to switch to the smaller road SP66. This led us into the wilderness of the Costa Verde.

Around us were only fields with sheeps and goats. The sound of the bells around there necks accompanied us through the late hours of the day. The sun was about to go down and we were afraid that we could be too late for a check-in at the campsite. In the end there was a thrilling down-hill part to the ruins of an old mining town (Ingurtosu). This was a really mystical location but we did not have any time to enjoy and take some pictures. During the last part to the campsite the road got really nasty with lots of bumbs and rubble.

Finally, we arrived at the campsite Sciopadroxiu around 8 o´clock and after we built up the tent and had a shower it was already dark outsite. Luckily, we could have a quick dinner in the campsite own restaurant as there was no supermarket option. But anyway we were so tired, we were happy not to have to prepare some stuff on our own.

This is not the exact path we took. We did not record this tour, so we tried to create the track file from our memory. Thus, this resulted in about 95 kilometers.