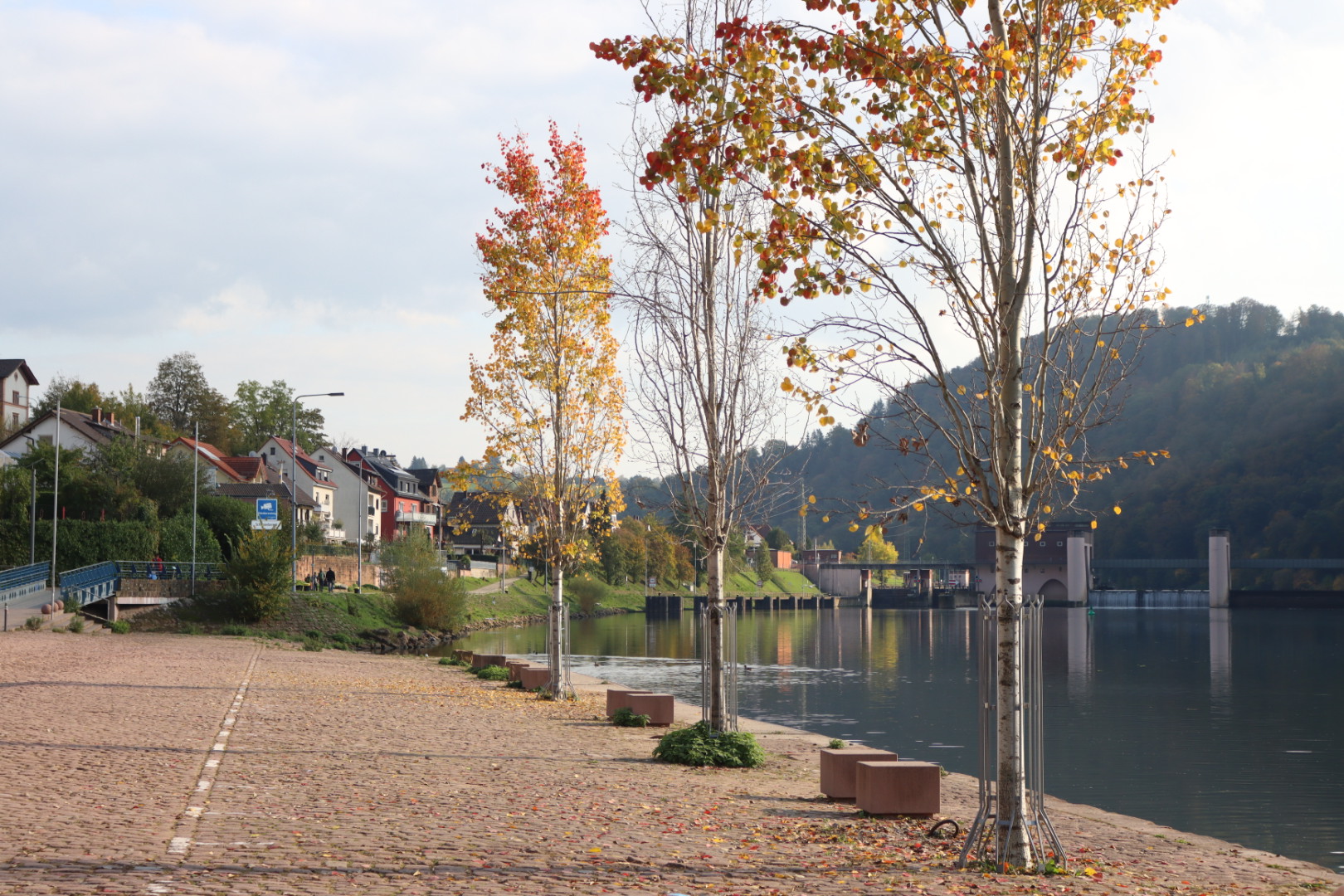 Riverside of the Neckar in Neckarsteinach. Perfect autumn weather.

On our rest day we visited Franziskanerkloster Engelbert. 612 stages lead to the monastery above Großheubach. But when you finally arrive there you are rewarded with a beautiful view. In the chapel of the monastery was the crypt of nobles from the last 300 years. The chapel itself was very splendid. Also there was a nice a garden and a restaurant where we had some nice beer brewed by the monks. In the evening we had a warm dinner and went to bed early as we had planned a long tour to arrive at the river Neckar.

A cold start at Großheubach

Before we dismantled our stuff we had breakfast. We really needed our hot tea because it was quite cold. But we didn´t worry that we would get warm this day because to get to the river Neckar one had to cross the Odenwald, meaning some height meter to climb. But for the start there was a bike road called Main-Neckar-Radweg which we could follow for some kilometers passing beautiful small towns with old centers. Later on the bike path lead more southwards than we wanted to go, so we had to switch to main roads. However, as we were in the Odenwald region these were still really quiet. We had lunch at some resting place at a small road when we cycled up one of the mountains.

After the hard climbing parts we had a really nice and fast but also freezing down-hill section. And with a bit more than half of the distance of our stage lieing behind us we passed Eberbach. From there we could follow the river Neckar. Also the weather got better and we had a bit of sunshine. It almost felt like golden october. Because the most camping grounds on the Neckar were closed we got a nice spot at the Haide camping ground near Heidelberg.