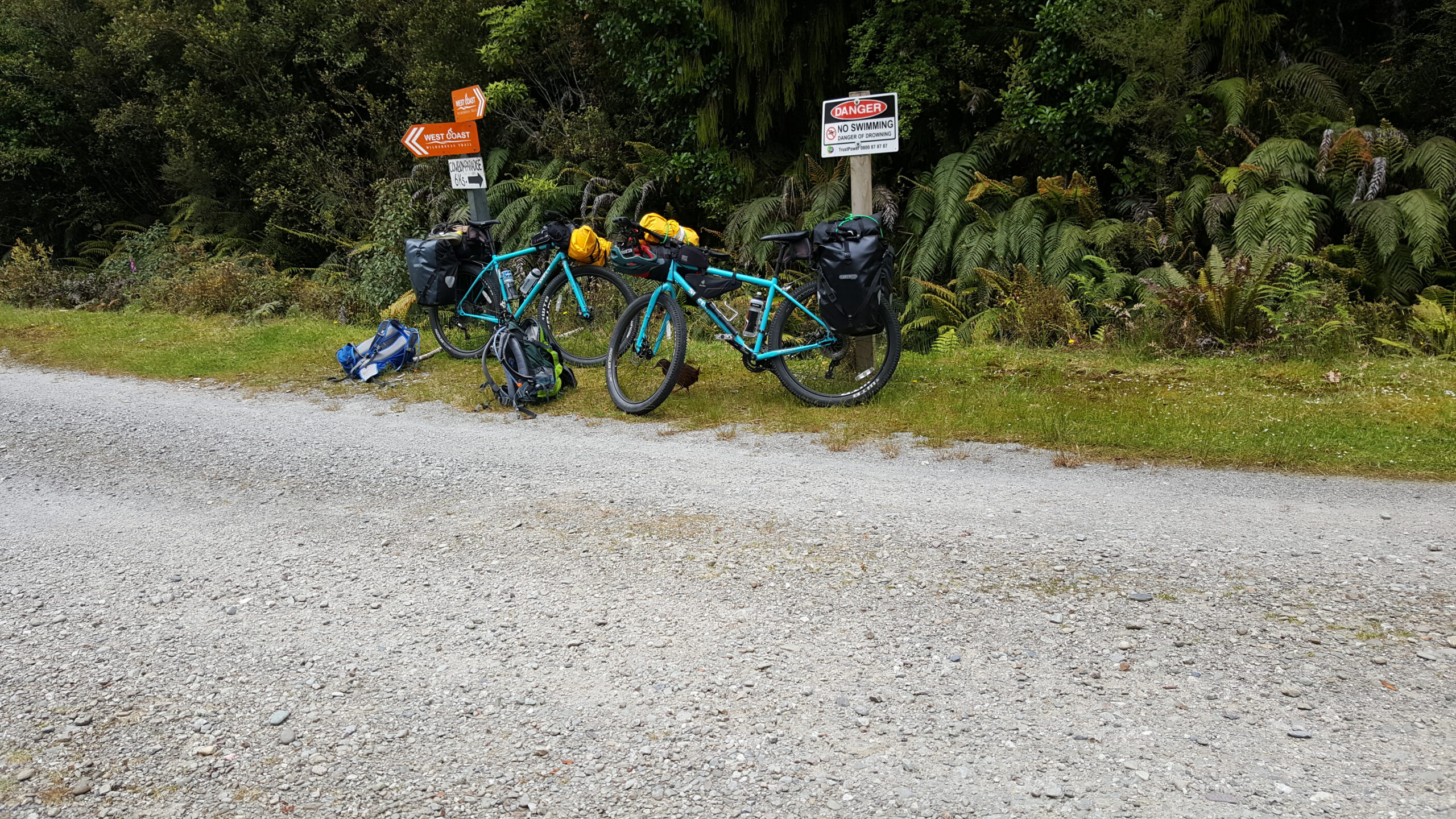 Weka inspecting front wheel of Alinas bike. Maybe he found something to complain about.

After a relaxing night we saw the results of the sandflies visits in the morning during breakfast – itching all over the skin. But it was not too bad and of course the West Coast Wilderness Trail was waiting for us. So we had an early start from Kumara. After some forest parts we cycled around the Kapitea Reservoir and the Kumara Reservoir, where we almost met no other people. We had some really nice views there and also some time to enjoy the surrounding.

After the reservoirs our path led us through the west coast jungle. It was mostly gravel and there were some climbing parts. Because of the subsoil it took some time till we made it to our first summit of the tour. The 317 meter altitude of the Kawhaka Pass Summit doesn’t sound too impressiv but it was a lot of work. The reward on the top was a little fellar (Weka) who greeted us and inspected our bikes. Good for us that we passed the test and after a little photo session we continued our tour.

After the Kawhaka Pass Summit we cycled a few kilometers along the mountain range. But our goal Hokitika was on sea level, so we had to descent from the mountains. During this part the weather got worse and we had to deal with cold rain. When we arrived in Hokitika the sun came out again slowly, and just after the city we took our chance at a camping ground (Links View Holiday Park) and built up our tent. After a warm shower and a nice dinner we went to bed early, full of anticipation for our rest day.